We had a golden glowing time on Tuesday around a fire on Ocean Beach. Fire brings it with the aesthetics. Fire’s pleasant glow is everchanging, fire draws you close with its warmth. Fire makes your clothes aromatic with memories. A steady Pacific wind blew the smoke, so we chatted and gazed into the fire without shuffling around stinging eyes. I bought a cubic yard of firewood to start, and went back to Safeway for another while my friends enjoyed the fire’s prime minutes.

I watched Eddie bring a fire back from a wheezing ember into flame. A shirtless midnight tweaker rambled over to the fire pit at the Wigwam Motel off old US Highway 66 in June, giggling and clenching his teeth over half-intelligible questions. He came because of us, and we were there because of the fire. Eddie was there because of us and because of the fire. Eddie stewarded the fire for thirty minutes until it slow-cooked him a dark chocolate s’more. I told this story at Eddie’s birthday party to his wife and friends while we drew his life on a posterboard in their living room.

The fire as our focal point underlies its aesthetics and our sensations. We’re facing each other, and we can talk about the thing we’re facing. The fire is a task and an ornament. We’re all equal, or potentially equal, in relation to it and to each other. Our fates are bound to it, for a second and for who knows how long. It’s different from just sitting in a circle at the beach. Our focal point is still towards each other, but if we’re not clicking, our heart will wander elsewhere, towards the ocean first and then something else desirable or familiar. Something that will hug us, family or drugs or the television. Away from each other.

People feel anxious and alienated a lot these days. Looking at a screen, our focal points decidedly detach themselves from each other. Are we only taking and not tending? I write this as I stream the Grateful Dead 1972-03-21. “Fly on those wings of love, I’m a stranger in your town.” The Dead were and are a community beyond the music itself. A Silicon Valley capitalist would call them “a platform.” I wouldn’t have played, wouldn’t play, so much music were it not for them and the ABB back in high school. Tending a fire.

April said she might paint her new room in Oakland beige over blue. “It’s like the desert, it makes it seem like you have more space.” For me, it’d be a nightmare. I’ve heard people say that about the plains in the North and I felt the same way when I was in Fargo. Where’s the definition of space? Are focal points possible in infinity? What is the point – the purpose – of infinity? No bound to your heart means your heart is nothing.

On Wednesday night Shanky, Williams, and a couple of Shanky’s coworkers and I camped on an old radar platform on Hawk Hill in the headlands. The Hobohookah was one focal point between us. Our eyes and hearts were turned south towards the city, all crossing the Golden Gate Bridge framing our home. As I studied the city lights and the haloed moon, I asked Williams if he had felt any trouble reorienting himself to the west coast after leaving New York.

He took a pull from the Hobo, blew smoke rings. “Different sunrise, different sunset. But no trouble here.”

I’ve been on the road a lot recently, and I always miss my family. I have a lot of focal points in other places, and they are blessings. Home though is about that tended fire. I’m working on building a hearth here and I think it’s just starting to work. 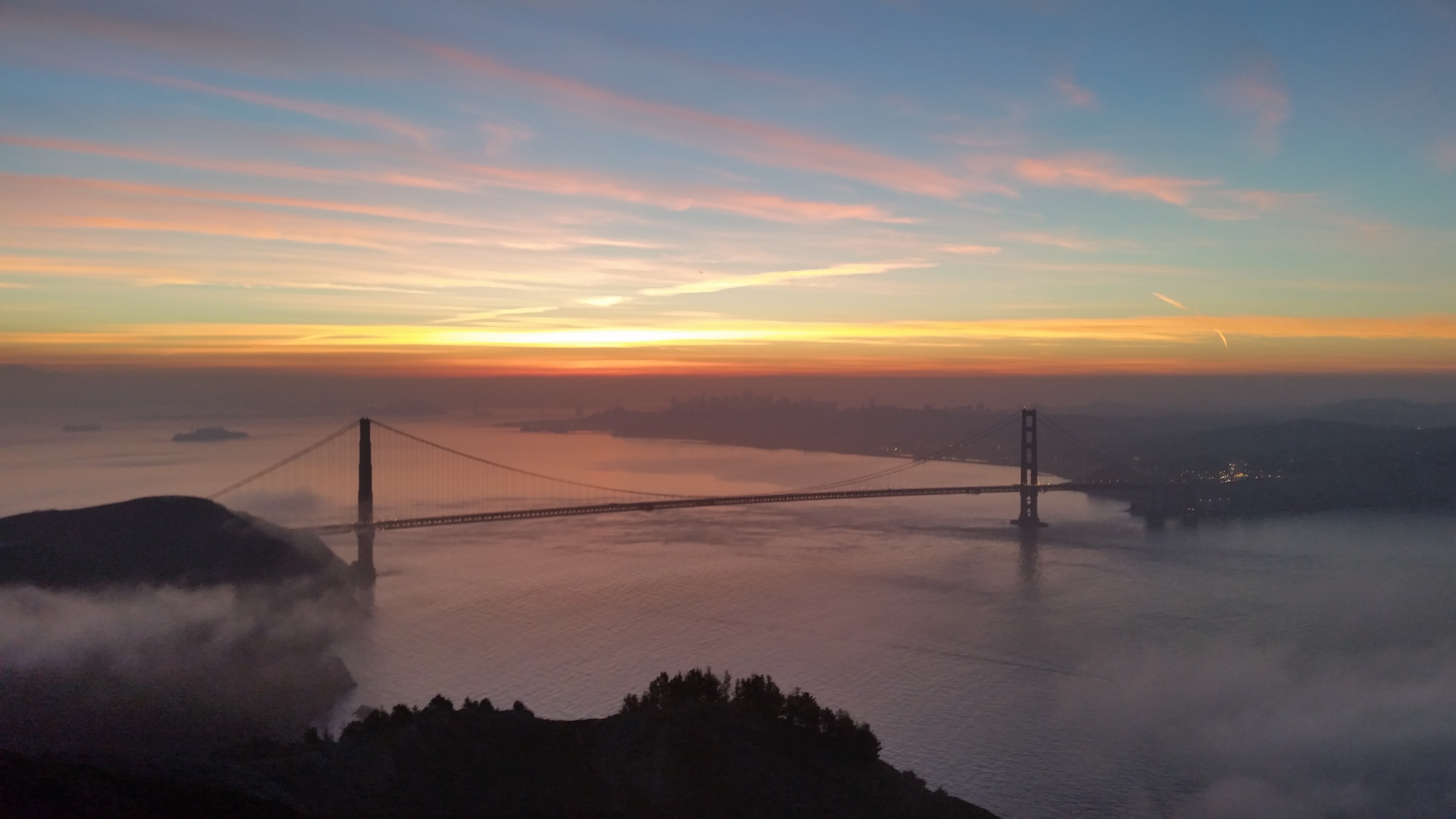